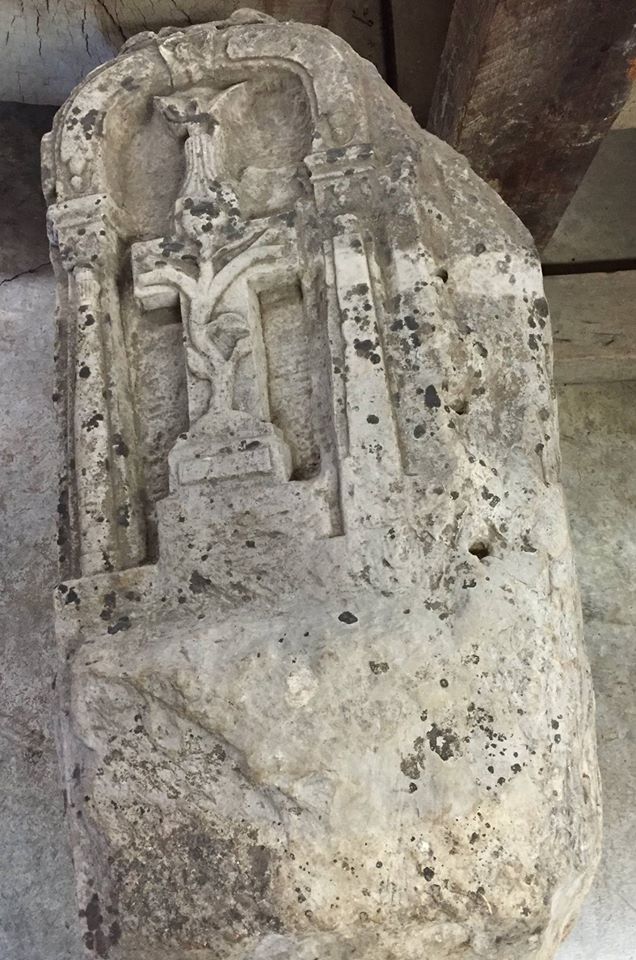 This unfinished stone carving was created by George Price, a resident of White County, Tennessee. It is our understanding that George had no training as a stone mason, and that he created this piece using only a hammer and a small iron chisel. The angelic carving was reputed to be for the grave of his recently deceased wife.

The angel rests on a cross upon which is embossed what may bedescribed as “The Tree of Life.” The column on the left seems to be pretty much complete, which the right column is in the early stage. One may assume that Price intended to remove the mass of stone to the right.

In 1922, George was found dead, and the circumstances surrounding his death remain a mystery (At least as of 1998, when this article was written). Some said that George took his own life out of despair—the grief that he suffered due to the loss of his wife was too much for him to bear. Others said that the kinfolk of George’s late wife blamed him for her death, and they had taken justice into their own hands….

Whether the laborious task of carving this massive stone was an act of contrition or an act of undying love is not known—nor is it likely that we will ever know.

But, for more than a decade, the stone lay lost and unclaimed in the east corner of White County. Eventually, a resident of the area, Clay Holman, retrieved it from the elements and from the growth of vines and bramble. In 1991, Clay, with the encouragement of his son Will Holman, agreed to sell John Rice Irwin this enigmatic, and historical piece.

(All of the above information was furnished by Will and Clay Holman, and based partly on the writings of White County historian, E.G. Rogers.)